Please join us in congratulating Sharif Bey on being selected as a 2022 USA Fellow. United States Artists Fellowships recognize artists working across the United States for their contributions to the cultural landscape of the country. Inspired by modernism, functional pottery, Oceanic and African art, and art of the African diaspora, Bey’s work investigates the cultural and political significance of adornment and the symbolic and formal properties of archetypal motifs, while questioning how the meaning of icons and function transform across cultures and time.⁠

Sharif Bey was raised in a large African American family in Pittsburgh. While many of the men in his family left school for jobs in industry, Bey had a pivotal experience at the Manchester Craftsmen’s Guild (MCG) while attending high school. MCG played a formative role for Bey throughout his teens, giving him a foundation of skills and extensive connections in the ceramics world.

Shortly after the fall of the Soviet Union, he studied sculpture at the Academy of Fine Arts and Design in Bratislava, Slovakia. Later, he earned his BFA from Slippery Rock University, his MFA from the University of North Carolina at Greensboro, and his PhD (in art education) from Pennsylvania State University. Over the years, he has served as a resident artist at the McColl Center for Art + Innovation, the John Michael Kohler Arts Center, the Pittsburgh Glass Center, and the Archie Bray Foundation for the Ceramic Arts.
His awards include a New York Foundation for the Arts Artist Fellowship, Pollock-Krasner grant, and J. William Fulbright scholarship. His work is featured in the public collections of the Smithsonian American Art Museum, the Museum of Fine Arts, Houston, the Carnegie Museum of Art, the Columbus Museum of Art, and the Everson Museum of Art. Currently, Bey is an associate professor of art at Syracuse University. 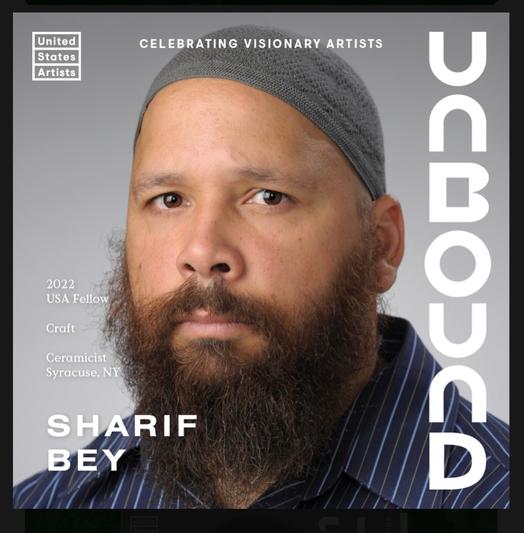