Contemporary Art Museum Plainview (CAMP) announces the second major exhibition curated by Co-Director Kelly Alison as part of the museum’s BIG ART in small town PROJECT. The exhibition called MORE is MORE features BIG TIME artists coming in from all over the world to install their work and experience some small-town charm.

Alison believes that many rural communities are missing out on experiences and resources that urban areas have easy access to.  They are often isolated from cultural experiences that people in the city take for granted. Bringing high quality contemporary art to the rural community in and surrounding Plainview was the original idea behind the Grand Opening of the museum 2 years ago.  That exhibition called BIG ART in small town was inspired by a placemaking sentiment that hoped to attract tourism, boost the local economy and bring people together on a regular basis to enjoy the experience of art.  This is the second exhibition in that series.

Artists in this exhibition include:

Patrick Asiamah Quarm was born in Ghana and is currently living and practicing in the United States. He graduated from the Kwame Nkrumah University of Science and Technology with a BFA in Painting and an MFA degree from Texas Tech University in 2018.  His works has been featured in exhibitions at the Thierry Goldberg Gallery in New York and the Library Street Collective in Detroit. Quarm has participated as an artist in residence in the 2019 Red Bull Arts Detroit Artist Residency and has been featured in articles for “ArtDaily”, “ARTFORUM” and “HYPERALLERGIC”.

Amita Bhatt who currently lives and works in India, received her BFA from Maharaja Sayajirao University in Vadodara India and her MFA from the Maryland Institute College of Art.  Her work is in the permanent collection of the Ogden Museum of Art in New Orleans and exhibitions include work in the Pedro De Osma in Lima Peru, Die Monchskirche Museum in Salzwedel, Germany, Walters Art Museum in Baltimore and the Station Museum in Houston Texas to name a few. She currently lives and works in India
Ana Fernandez has a BFA from the Art Institute of Chicago and an MFA from UCLA.  She was the recent recipient of the Joan Mitchell Foundation Painters and Sculptors Grant and has work in the permanent collection of the San Antonio Museum of Art.  She has exhibited at the Brownsville Museum of Art, The Contemporary Art Museum Houston and the McNay Museum of Art in San Antonio among others. She currently lives and works in San Antonio.
Ann Wood has a BFA from California State University and an MFA from the University of Texas in San Antonio. Her work has been shown at the Dallas Center for Contemporary Art, the Art Museum of Southeast Texas in Beaumont, Blue Star Contemporary Art Museum in San Antonio and Centro Cultural Border in Mexico City among others. She had site-specific installations featured at the Texas Contemporary Art Fair and was invited to participate in Sculpture Month Houston.  Woods lives and works in Galveston.
Elaine Bradford lives and works in Houston, TX.  She holds an MFA from the California Institute of the Arts and a BFA from the University of Texas at Austin. Her work has been included in numerous shows both nationally and internationally, including Lawndale Art Center in Houston, TX; Hyde Park Art Center in Chicago, IL; Jenkins Johnson Gallery, New York, NY; Handmade in America Gallery in Asheville, NC; and Centre Culturel Aragon in Oyonnax, France. Select solo shows have been at Art League Houston, Houston, TX; Hunt Gallery, Webster University, St. Louis, MO; and Women & Their Work, Austin, TX.
Hillerbrand+Magsamen is the collaboration of Stephan Hillerbrand and Mary Magsamen. Their videos have been shown in international film and media festivals including London, New York Underground Film Festival, Ann Arbor Film Festival, Boston Underground Film Festival and MonkeyTown. Their installations have been exhibited at the Everson Museum in Syracuse, NY, Center for Photography Woodstock, Woodstock, Festival, Wales, UK and Houston Film Festival and they have received grants from Sustainable Arts Foundation, Austin Film Society, Experimental Television Center among others. Their project HIGHER GROUND was a commission from the Houston Airport. They live and work in Houston with their two children.
Leandra Di Buelna Jr. who was born in Houston but mostly grew up in California. He served in Vietnam and won a major art fair in San Francisco. At 83 he has come out of the woodwork and is showing around the world. His is currently living and working in Houston and is represented by Wayne Gilbert at Ggallery.
Patrick McGrath Muñiz is from Puerto Rico and currently living in Houston. He received his BFA (Magna Cum Laude) from the School of Fine Arts of San Juan, Puerto Rico and his MFA (Suma Cum Laude) from the Savannah College of Art and Design. Permanent collections include the Albuquerque Museum of Art and History, The Spanish Colonial Arts Museum in Santa Fe and the Mesa Contemporary Art Museum Arizona. His work has been exhibited at the Museo de las Americas, Museo de Arte de Puerto Rico. Museo Convento de las Capuchinas in Antigua, Guatemala, Mesa Contemporary Arts Museum in Arizona, The Fort Worth Community Arts Center, The Bronx Museum of Art, The Spanish Colonial Arts Museum in Santa Fe and The Albuquerque Museum of among others.
Rahul Mitra is an artist, writer, and a scientist born in Hyderabad, India, now living in Houston. His work has been shown in USA, France, Greece, Italy, Serbia, Slovakia, Spain, Peru, Mexico, Turkey, Egypt and India. He is one of the selected artists at the First Printmaking Triennial of ULUS in Serbia and Texas Biennial, India Art Fair, Portland Museum of Art Biennial and the Contemporary Arts Museum Houston. His project Box City – street and public art installation was installed in Paris in collaboration with Centre Pompidou, Marseille, Berlin; Delhi; Houston; Wisconsin; Tulsa; and Illinois.
Terry Hays was born and raised in Texas, receiving a BS from West Texas State University and my MFA from Texas Christian University. After graduate school, he spent eight years teaching, painting, and drawing at the University of Manitoba School of Art in Canada. Upon his return to Texas, he spent the next 20 years painting sets for stage production and television but returned his attention to his personal art in 2002. Terry Hays lives and works in Dallas
Thedra Cullar-Ledford received her BFA (cum laude) from the California College of Arts & Crafts in Oakland, CA and her BFA (cum laude) from Christ Church, Oxford University Ruskin School of Drawing & Fine Art in Oxford, UK.  Ledford has shown at the Contemporary Art Museum Houston, the Spiritmuseum, Stockholm Sweden, El Museo Francisco Oller y Diego Rivera Buffalo, New York and Dallas Visual Arts Center Dallas, Texas among others and she has done several major installations including Station Museum of Contemporary Art in Houston Texas.
Wayne Gilbert has a BFA from the University of Houston in Painting, and an MFA from Rice University. He was a founding member of the Rubber Group, founding the 101 Space in downtown Houston and later GGallery and GSpot in Houston. Gilbert has exhibited nationally and internationally and has been a guest speaker at Bard College, Annandale on the Hudson, New York, Rutgers University, New Jersey, and Texas Tech, Lubbock, Texas. He has curated exhibitions, in Trujillo, Peru, Santiago, Cuba, Salwedel, Germany, Seattle, Washington, Marfa, Texas, Arlington, Texas to name a few.  A recent documentary “Ash” about Gilbert and his work was directed by Wayne Slaton and released in 2019. 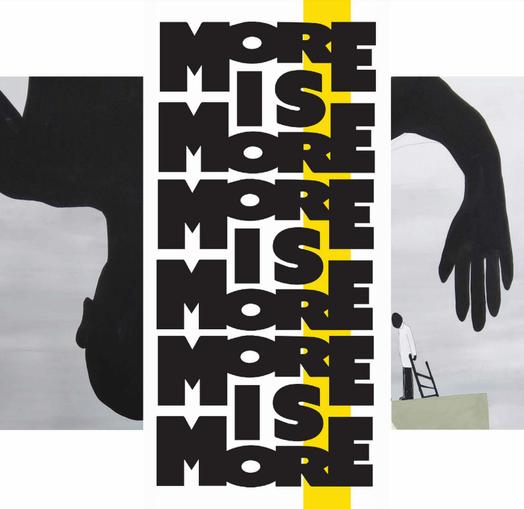