Christopher Le Brun’s work is characterised by directness of touch and luminosity of colour, his interest in light and space perhaps the influence of growing up on the south coast. “Since the 1970s he has been producing paintings that defy categorisation but which are …possessed of an energy and drama at odds with the irony and theoretical baggage common to most British contemporary art.” He has exhibited extensively around the world, and in 2011 became the 26th President of the Royal Academy. This exhibition comprises new work, including an installation from his Doubles series, which explores the idea of composition by juxtaposing independent paintings to achieve a greater complexity of expression. 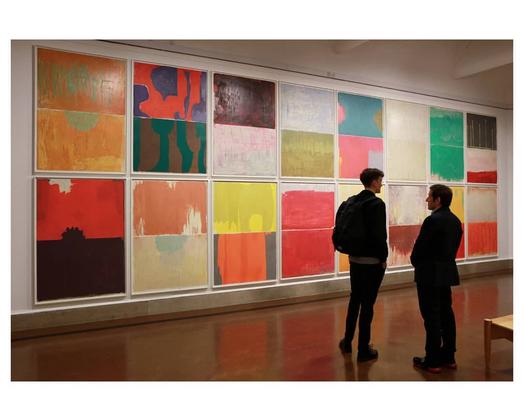