The photographers Harry Shunk (German, 1924–2006) and János Kender (Hungarian, 1937–2009) worked together under the name Shunk-Kender from the late 1950s to the early 1970s, based first in Paris and then in New York. Shunk-Kender photographed artworks, events, and landmark exhibitions of avant-garde movements of the era, from Nouveau réalisme to Earth art. They were connected with a vibrant art scene that they captured through portraits of artists and participated in through collaborative projects.

The roles played by the duo varied from one project to the next. In some cases, Shunk-Kender worked as documentarians, photographing Happenings and performances; in other instances, they were collaborators, acting alongside other artists to realize works of art through photography. This exhibition features a selection from the more than 600 works from the Shunk-Kender Photography Collection that recently entered MoMA’s collection, as part of a major donation from the Roy Lichtenstein Foundation to an international consortium of five institutions.

Art on Camera begins in Paris in 1960 with Yves Klein’s Leap into the Void (Saut dans le vide), widely known through the iconic photomontage created by Shunk-Kender. The exhibition then shifts focus to New York; it includes their documentation of Yayoi Kusama’s astonishing Happenings of the late 1960s and selections from Pier 18, a project conceived and organized by independent curator Willoughby Sharp, for which Shunk-Kender photographed works by 27 artists. The resulting pictures capture the chaotic energy, playful wit, and systematic processes of the era’s performance and Conceptual art in two-dimensional black and white. 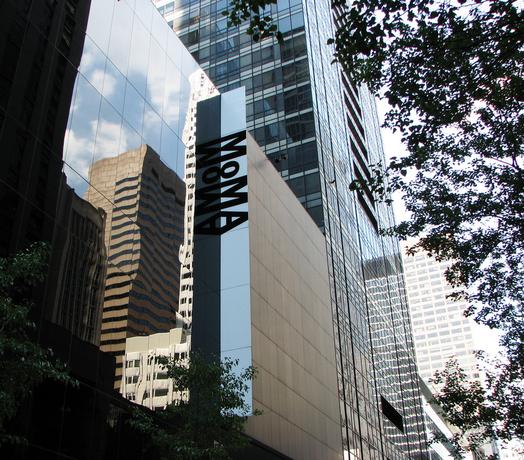